We are so excited to introduce you to this month’s featured couple, Chris and Janelle. We hope that you enjoy their sweet Japanese Garden proposal story as much as we did. 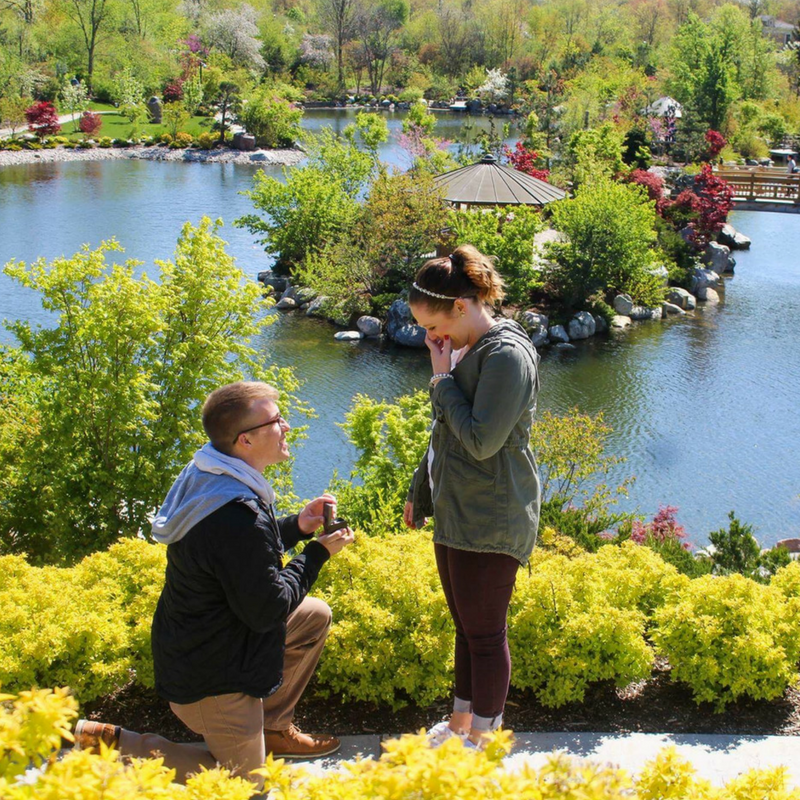 After dating for three years, Chris knew that he and Janelle were meant to be together.

“The chaos of finishing school was making it hard to find an easy time to plan a wedding, however, after three years, I couldn’t wait any longer.”

As Chris began to plan the big proposal, he knew one thing: we wanted it to be a secret. Although it would be difficult, he told us,

“I wanted a genuine reaction when I popped the question.”

True love has a funny way of sneaking up on you when you least expect it. And often times, proposals have a way of doing the same thing. So, despite the chaos of life, Chris began planning the ultimate proposal for Janelle.

He had the idea to check out Frederick Meijer Gardens as a proposal site. And so, he went to scope out the perfect proposal spot. As he walked through the gardens, he approached the Japanese Garden. After walking through, he began to leave. Serendipitously, on his way out, he was stopped by an older woman working in the area. She asked why he was leaving so early and then suggested that Chris look at the viewing hill.

As soon as he walked up to the viewing hill, he knew that was it; that was the place he would propose to his wife.

After finding the spot, Chris knew he had to find a way to keep her off the scent of the big surprise. He decided to get the help of his best friend, Kevin, and his wife, whom he knew would keep his secret safe and also be able to take photographs of the big moment. 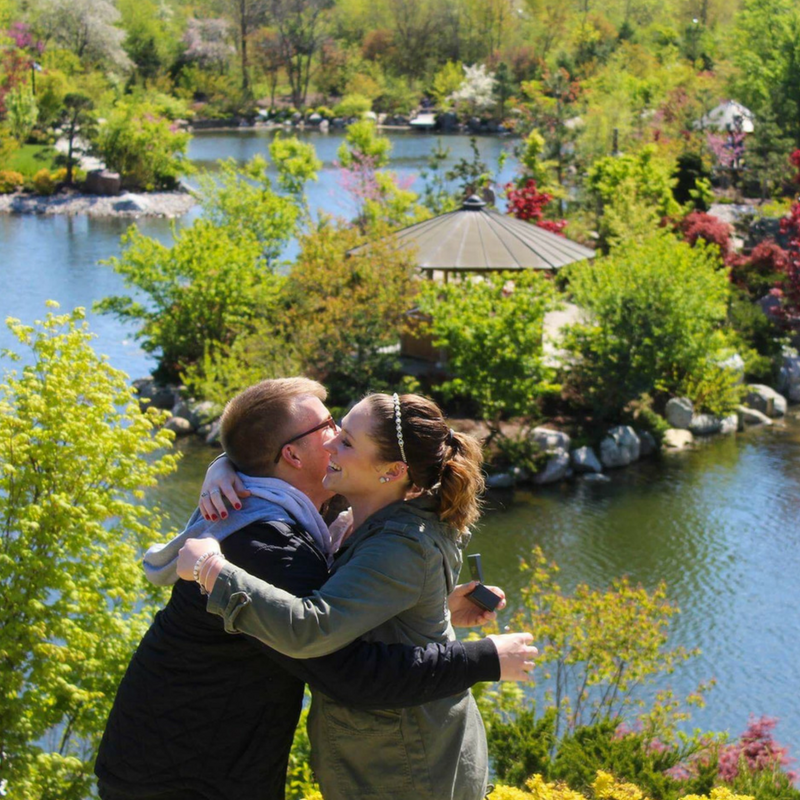 He had Kevin text him, asking if we would like to have a double date at Frederick Meijer Gardens. Chris and Janelle agreed.

The four of them spent the morning at Fredrick Meijer Garden, admiring the butterflies and sculptures, and finally walked through the Japanese Garden.

Chris told us, “My heart was pounding now.”

As they got to the top of the viewing hill, Chris offered the suggestion, “Kevin, will you take our picture if we stand down on the path overlooking the gardens?” Nonchalantly, he handed Kevin his phone to take a “picture,” so that Kevin could secretly video the entire proposal. As Kevin and his wife took photos, Chris turned and looked at Janelle. 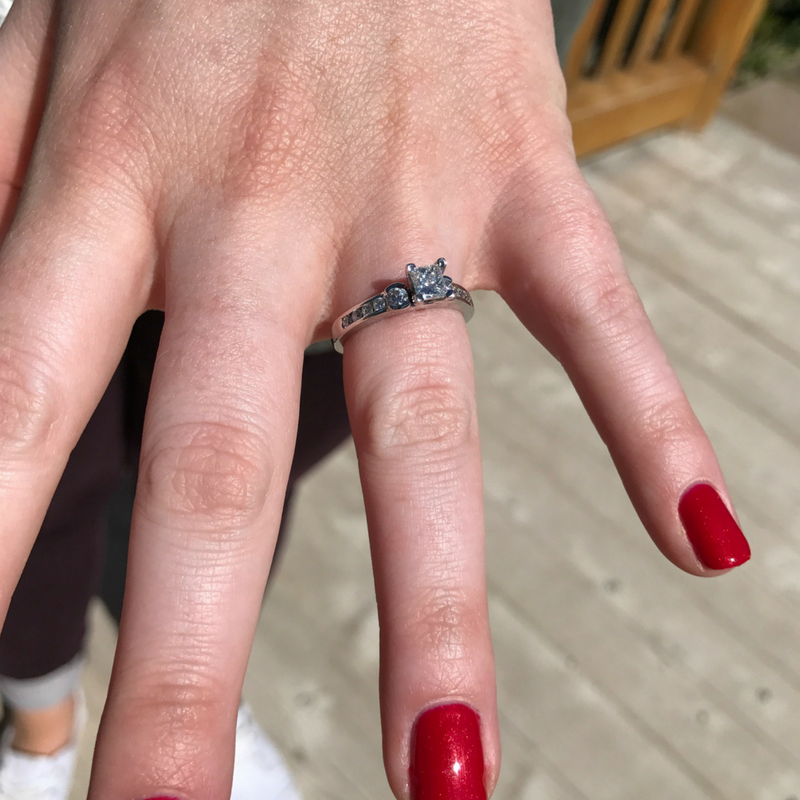 “I spoke from the heart, telling her how much she means to me, got down on one knee, and I got the genuine reaction I was looking for!”

Chris and Janelle, congratulations on your beautiful moment. We are so grateful to have been a small part of your love story.