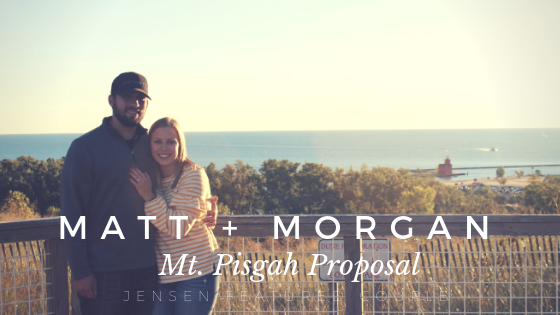 Meet Matt and Morgan! Our charming couple of the month this December.

We hope that you love their engagement story just as much as we do. 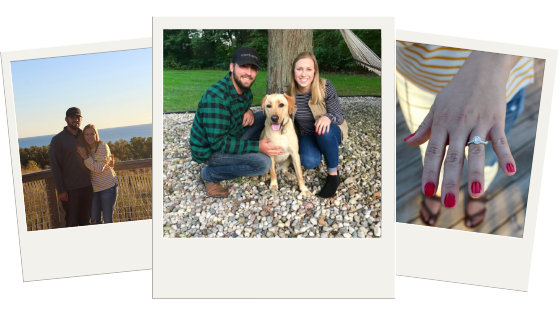 Years before Matt and Morgan began dating, they shared the same halls of their high school. While they had a few classes together, they never dated in those early years. Matt admits, however, that he always had a crush on Morgan; a small detail of their love story that we just adore.

They had their first date at Holland State Park, which a year and a half later became their breath-taking proposal site.

Matt and Morgan went out to Mt. Pisgah on an early autumn day. Their plan was simple: they would set up their hammock among the same trees they fell in love and spend the day together. Or at least that’s what Morgan thought. Matt, however, had bigger plans.

Once they arrived, Matt told Morgan that he would set up the hammock, a simple offer which Morgan thought nothing about. That’s why, she absolutely couldn’t believe her eyes when moments later, instead of setting up the hammock, Matt turned around on one knee holding the ring of her dreams. 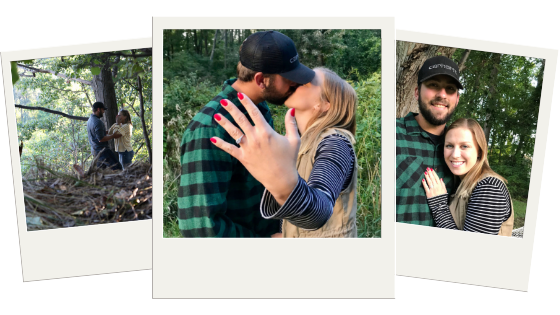 We asked, Morgan if she knew whether or not Matt had purchased her ring. She responded,

“I had absolutely no idea that he had a ring. I was so shocked! And he picked exactly what I would have picked out myself!

We then asked Matt what was the best part of his experience at Jensen. This is what he had to say:

“The best part of the experience I had at Jensen was how Bonnie did not pressure me into anything and was very understanding at how tough of a decision it can be. It was a very welcoming and calming atmosphere.”

From all of us at Jensen Jeweler’s, we wish Matt, Morgan and their sweet puppy, Moose, nothing but the best in the years to come! We know that there are many beautiful things to come.