We have been swooning over Jessica and Aaron’s romantic engagement story at Jensen’s this month. It reminds us that love can be found in the most unexpected places and that it is how you nurture your love with thoughtfulness and kindness that matters. Aaron’s proposal to Jessica is pouring over with all small, thoughtful touches that make their engagement story truly unforgettable. We hope that you enjoy this month’s proposal story as much as we do.

Aaron and Jessica’s love story begins in what they described as a “hopeless place”: Tinder. Yes, that’s right, they met on Tinder. But we love Jessica’s take on their meeting. She told us that their meeting, “proves that the God of the universe can use the most unlikely means to bring people together.” 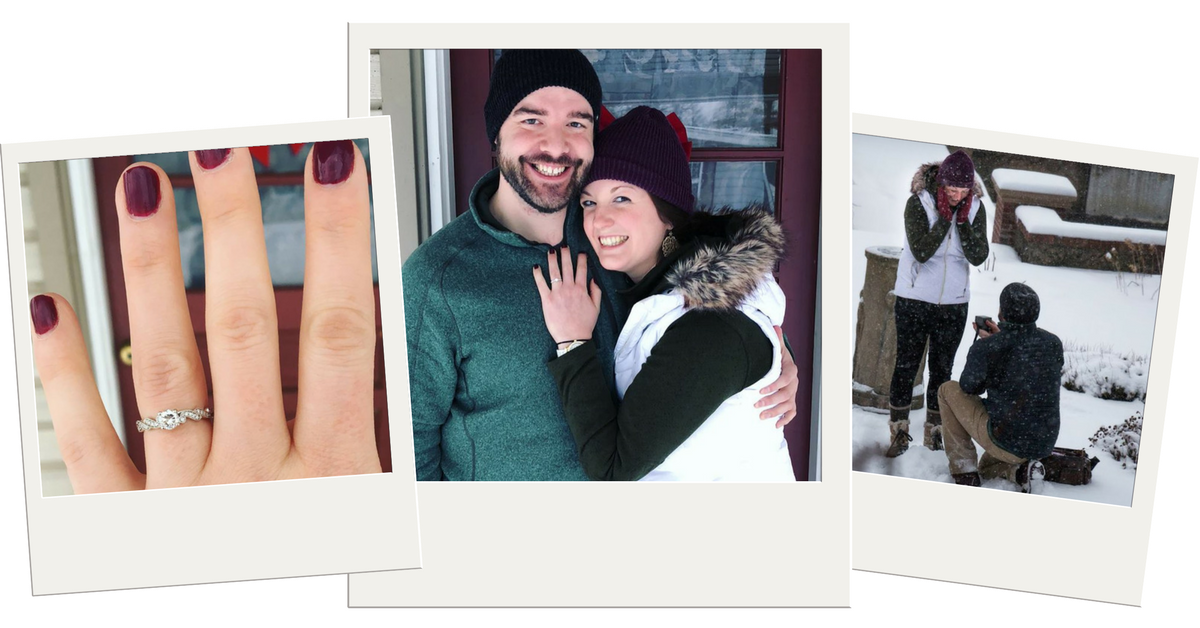 As their romance progressed, the topic of rings arose. Jessica said,

“When the topic of rings came up I was pretty set on coming to Jensen. I grew up in Hudsonville and now that my whole family has moved away from there I wanted something to keep me connected to the place I once called home. We went and picked out the perfect ring and I could hardly wait for him to propose.”

Although they had chosen Jessica’s ring together, the engagement Aaron had planned would completely take her by surprise when she least expected it.

Unknown to Jessica, Aaron had contacted some of their friends to help him pull off the big proposal. As he had planned, the night before the proposal, Jessica’s friends (aka Aaron’s partners in crime) contacted Jessica. They asked if she and Aaron would be willing to help take pictures of their children the next Sunday afternoon on Gull Lake. Jessica agreed to meet them the next day after church at the Kellogg Manor House, not suspecting anything unusual. 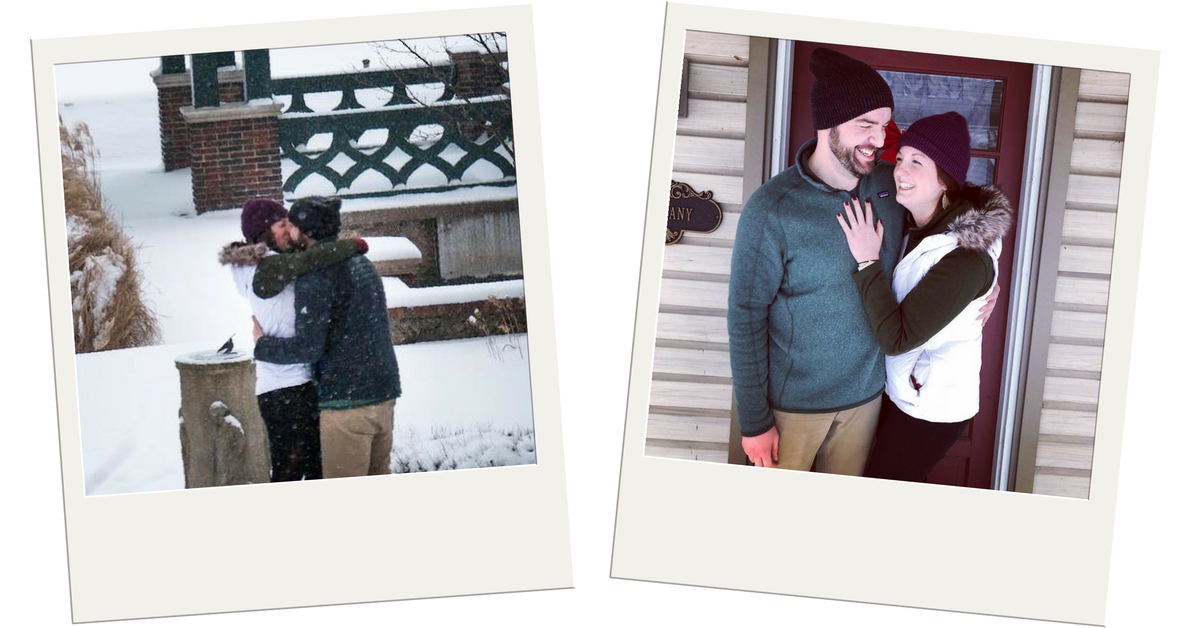 Gull Lake is a very special place to Jessica, as it is where she lives and works. And over the course of our relationship, the place also become very special to the couple, making it the perfect place for them to take the next step in their relationship.

The next morning came. Jessica went about what she thought was just another normal day. They went to church and lunch, and then to Gull lake to meet their friends. Aaron and Jessica arrived early to take test shots and find a few good locations for the photos. Everything was going according to Aaron’s plan.

They began preparing for the photo shoot. Aaron set Jessica up for what she thought would be the first test shot. But, instead of taking out the camera, he took out a ring!

“Naturally, I freaked out as he got on one knee and asked me to be his wife! Without hesitation, I said YES!”

But that’s not all.

What Jessica didn’t realize was that Aaron had contacted two of their friends to take pictures and video the entire proposal. Jessica was so surprised when they popped out.
Jessica and Aaron were both happy to have had an intimate engagement, but also excited to be able to celebrate their big news right away with their closest friends.

Jessica shared with us,

“It was the most perfect engagement. I always knew it would be though because, since day one, Aaron has been the most thoughtful man I’ve ever known.”

Hearing Jessica and Aaron’s engagement story reminds us that love is in the small details. And we are so blessed to have been included as one of those details. Congratulations Jessica and Aaron, we are so excited for both of you. Best of luck in all that is to come.

If you would like to enter your engagement story and photos, send us an email sales@jensenjewelers.com

Talk With An Engagement Ring Specialist

Come shop at Jensen Jewelers - we actually care! Our amazing staff is here to help you get what is best for YOU and your loved ones. We are the most reviewed jeweler with the BEST prices in all of West Michigan. We don’t want to just sell you a piece of jewelry, we want to become your jeweler for a lifetime.